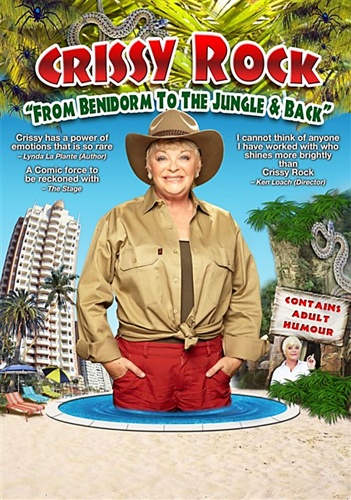 Crissy is perhaps best known as Janey York in Benidorm, a role she played for four years from 2007, returning briefly in the fifth series then again in the seventh, replacing Sherrie Hewson as the Solona manager.

She also survived I’m A Celebrity…Get Me Out Of Here in 2011, finishing sixth in the series won by McFly’s Dougie Poynter.

Then there was Celebrity Come Dine With Me, ITV quiz The Chase, roles in Peak Practice, Dalziel and Pascoe, Dockers, Brookside, Trial and Retribution and The Commander, and the stand-up.

Crissy, though, is still insistent that she keeps her roots in Comedy and is in great demand on the cabaret scene. Crissy is particularly popular on the After Dinner circuit where she is regarded as one of the country's top female speakers.

WARNING:- The attached YouTube video contains language which may offend.