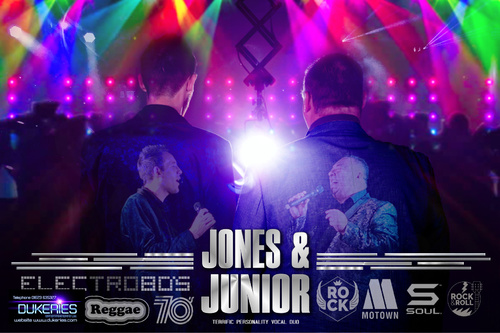 Tony is a vastly experienced entertainer with a strong powerful voice, and a vast knowledge of music. He is proud to have worked alongside esteemed Artistes such as Edwin Starr, The Commitments and even a 30min spot with the Drifters. He has now relocated to the Uk and joined together with his nephew Ryan Jones to form this terrific Duo.

Ryan has been a very successful solo artist for the past 11 years and has a great knowledge of music. A very popular entertainer in his own right, he is now very proud & pleased to be performing alongside his talented uncle. He has previously working alongside Jasper Carrott, The Bev Bevan Band, The Dakotas, Top Loader, The Merseybeat’s, The Searchers, Sounds Force 5, & The Fortunes,

A very talented Duo presenting something for everyone....