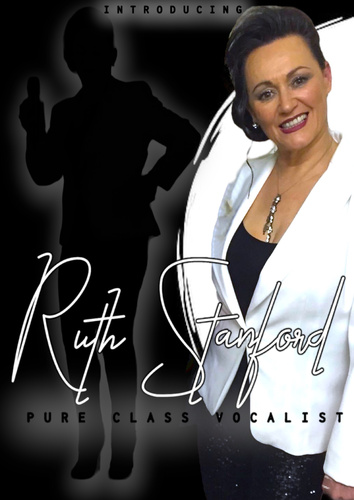 We are immensely proud to introduce this top personality vocalist. Since hitting the circuit in 1994, working social clubs, public houses and private parties, Ruth has established herself as being one of the most sought after female vocalist of today.

With musical influences ranging from Alison Moyet, Celine Dion, Shirley Bassey, Cher, Gladys Knight to the top chart performers of the day including Jessie J, Paloma Faith etc. Along with a sprinkling of Eartha Kitt and Latin American styles Ruth easily excels with all audience types

Recognised by Top holiday and corporate Companies through-out the U.K Ruth’s exceptional performing abilities have earned her numerous awards within the industry.

Ruth studied art and design at Technical College and became a professional designer leading to her own business. Consequently Ruth has a stunning range of stage wardrobe consisting extensively of designer made clothing.

Ruth can work both self-contained and with live musicians and creates a lasting impression wherever she appears.