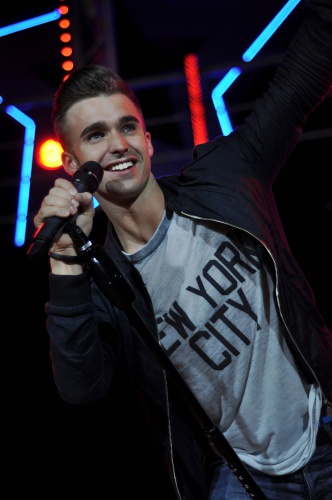 Award Winner Dean has and an outstanding vocal range and is renowned for his exceptional performances of classic hits from artists such as Michael Bublé, Luther Vandross, The Temptations, Lionel Richie, Olly Murs, Sir Elton John, The Rat Pack and the peerless Frank Sinatra.  He has drawn inspiration from various music genres but his style is largely influenced by Soul & Motown, Pop, Swing, Jazz & hits from the Musicals.

In 2007, Dean’s powerful vocals drew the attention of talent scouts and he was asked to join the boy band Code5.  At the request of X Factor judge Louis Walsh, Code5 supported Westlife on their UK Arena “The love Tour” and played for thousands at venues such as Wembley Arena.

Dean is also an accomplished pianist and has been part of a resident show company aboard the Fred Olsen Cruise Lines.  In this time he performed with acts including Kenny Ball and his Jazz band, Jamie Michael Stewart, Boney M and most recent X factor contestants the MacDonald Brothers.

Dean’s passionate about performing and this is reflected in the fantastic reviews he receives from audiences and customers alike.  With natural flare for playing the piano Dean has incredible stage presence that creates a spectacular show.  A naturally warm and friendly person, Dean would be delighted to perform at any occasion.