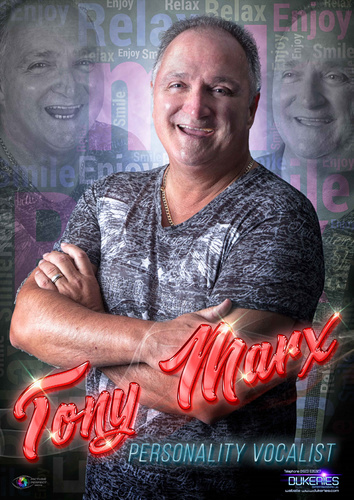 An award winning personality vocalist, Tony started out in the business in 1989 aged 26yrs with his brother forming a duo called Annie's boys, working the pubs and clubs in the Midlands.

He then set out on his own under the stage name of Mark Peters changing his act accordingly to suit a variety of clubs and pubs. Recently he revamped his act by changing his stage name to 'Tony Marx', buying new equipment and incorporating more visual comedy and songs from the 60's and 70's.

Tony’s act now has a little of something to accommodate everyone including light comedy which involves the audience and a dance spot which will have everyone on their feet.