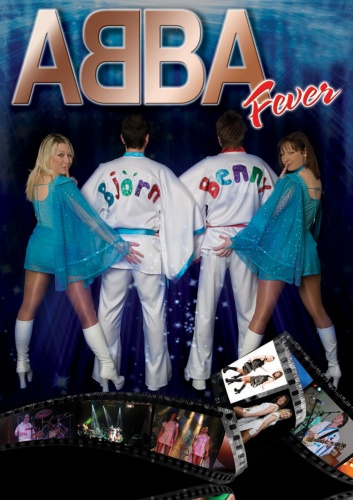 Abba Fever, formed in 1996 by Steve Nelson (keyboards) and Pat Rudge (drums), has now been performing for longer than the real Abba! Steve and Pat met in 1993 as co-musicians in ‘Africa’, a band specialising in ‘live’ Queen stage shows.

Playing to packed gigs and with tribute bands starting to appear across the country, they quickly realised the potential market for a ‘live’ Abba tribute band. It was important to both Steve and Pat that the show would be spectacular, full of energy and, most importantly, ‘live’. Following a UK search for Agnetha & Anni-Frid, Abba Fever hit the road.

A 5 piece live band with 5 part harmonies the show transports you back to the 70’s through the biggest hits of the world’s favourite band. Live vocals, stunning musicianship, authentic costumes and exciting choreography all contribute to a spectacular show which gets audiences to their feet night after night.