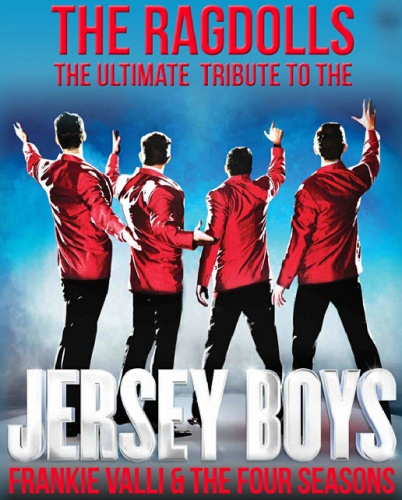 The Ragdolls are a brilliant tribute to Frankie Valli and the Four Seasons.
This award winning production recreates the iconic sound of this legendary 60's band.
This is a "Salute" to the magical songs such as "Oh Carol", "Sherry", "Walk like a man", "Oh what a night", "Teenager in love".

The Ragdolls have performed in various venues throughout the UK including nationwide theatres, Bourne Leisure resorts, and sell out shows in Dublin's national concert hall and Cork opera house.

The Ragdolls also performed for Lord Spencer (Princess Diana's brother)at the Althorp estate, and been asked to return as well as performing at corporate events supporting the likes of Lulu, Gerry and the Pacemakers, Alvin stardust and more.